Geothermal Energy – What Is It?

If we dig a hole further into the earth, the temperature will rise as we go. This occurs as a result of the earth’s core being incredibly heated (10,800 F). This heat spreads in all directions from the core, raising the temperatures of the Earth’s surrounding layers.

Geothermal energy is the heat (thermal) energy created at the Earth’s core and stored in the Earth’s layers.

The temperatures below the surface (8 feet for horizontal pipe and 250 feet for vertical piping) are utilized to heat and cool the space above.

Geothermal energy is a renewable source of energy since the Earth’s core is always emitting heat! Additionally, this heat will radiate forth into the Earth’s strata.

One of the primary benefits of geothermal energy is its extremely low carbon footprint, as it derives its heat from natural sources. This contributes to the process’s environmental friendliness, but there is a catch.

While geothermal power plants do not require electricity, geothermal heat-source pumps placed in homes and commercial areas do. If the power is not renewable, the process will have a low carbon impact.

Along with being environmentally benign, heat-source pumps are extremely quiet due to the absence of an internal combustion motor, like a generator does. This is an effective method of preventing and reducing noise pollution.

Geothermal energy helps you save money by reducing your heating and cooling expenditures by up to 70%. Additionally, several nations offer tax benefits for constructing and using geothermal energy.

Apart from these advantages, geothermal energy is significantly more affordable than other renewable energy sources in the long term.

Heat Source-pumps powered by geothermal energy can endure up to 20 years, while geothermal power stations can operate at peak efficiency for 30 years.

Geothermal power facilities do not require the combustion of fossil fuels to operate. They take advantage of renewable resources such as natural hot water stream beds. Geothermal power plants are classified into three kinds. They all create electricity, but in somewhat different ways.

These are the most prevalent, accounting for more than half of all geothermal plants deployed worldwide. Underground heat reservoirs assist the plant in pumping hot steam into turbines, which spin; this process then drives the generator, which generates electricity.

After powering the turbines, the steam condenses into water. The water is then pumped back into the earth via an injection well to rewarm.

The operation of this type of plant is similar to that of dry steam power plants. Rather than heated steam, these plants circulate hot water. These plants extract hot water from the ground and transport it to a flash tank located above the ground. The flash tank is set at a significantly lower temperature, causing the hot water to rapidly change into steam, or ‘flash’.

The turbines are fueled by the steam generated after. After cooling, the steam condenses into water, which is subsequently injected back into the earth via the injection well.

The primary distinction between binary cycle power plants and other types of power plants is that the water or steam injected from under the earth does not come into direct contact with the turbines.

Pumped water from geothermal reservoirs is routed via a heat exchanger, which warms a second liquid. The second liquid is heated and converted to steam, which is used to turn the turbines and power the generator.

The injection well recycles the water back into the earth, whilst the second liquid is injected into the turbine and returned to the heat exchanger to be heated again to continue the process.

Geothermal heat pumps are typically installed in residential buildings. By using a geothermal heat pump to power your home, you may make use of earth temperatures to cool (in the summer) or heat your home (in winters). The temperature above the earth varies with the seasons but remains constant at 50F- 60F throughout the year. This ensures that the heating pumps can operate efficiently and without interruption throughout the year.

There are four distinct types of heat-source pumps: one that is open-looped and three that are closed-looped. They are all slightly different and are placed differently depending on criteria such as climatic conditions, soil type, and accessible land area.

Closed-loop systems are classified into three types: horizontal, vertical, and pond/lake systems. Each of them functions identically.

Horizontal systems are most frequently employed because of their low cost of installation in residential settings. If you’re looking to install a system for bigger commercial buildings, you may opt for a closed-loop vertical system that extends 400 feet below the ground. The most affordable closed-loop systems are those built beneath a lake or pond.

Closed-loop systems circulate a mixture (ethylene glycol/water) around a loop of subterranean pipes that rise to link with the building’s heat exchanger. The subterranean combination is warm in the winter and chilly in the summer. The heat exchanger converts the heat energy in the water to the heat energy in the ventilation air that will be utilized to cool or heat the building.

In the winter, the electric compressors utilize the heat generated by the mixture to warm the air and distribute it throughout the building viaducts.

In the summer, the process is reversed, with heat exchangers extracting heat from the building’s air and transferring it to the earth or to the water, which absorbs the heat and dissipates it underground. This keeps the inside temperature moderate throughout the year!

The water is drawn directly from an open water source to the heating pump in this setup. Once the water reaches that point, it has two options: it may be recycled or pushed into another body of water without producing pollution. Because there is just a little variation in the temperature of the water, a greater volume is required for efficient heat transmission.

These can be rather inexpensive, but they do require a continuous and sufficient supply of water.

Due to the consistent temperature beneath, open-loop systems may be used worldwide. They do, however, differ in terms of cost and efficiency.

Geothermal energy has the potential to last the same amount of time as the earth. As such, view it as a gift and promote the usage of geothermal energy.

We have written a blog gathering information on what are the common characteristics of renewable energies, read here.

Meta Description: Geothermal power does not require the combustion of fossil fuels to operate. It uses renewable resources such as natural hot springs. 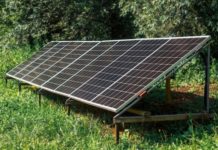 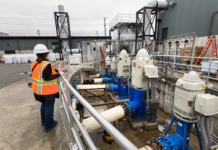 The Best Solar-Powered Generators for Home Use 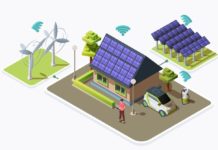 Getting Your Home Solar-Ready

How Is Solar Energy Collected?

Investing For Beginners – How to Succeed in Today’s World