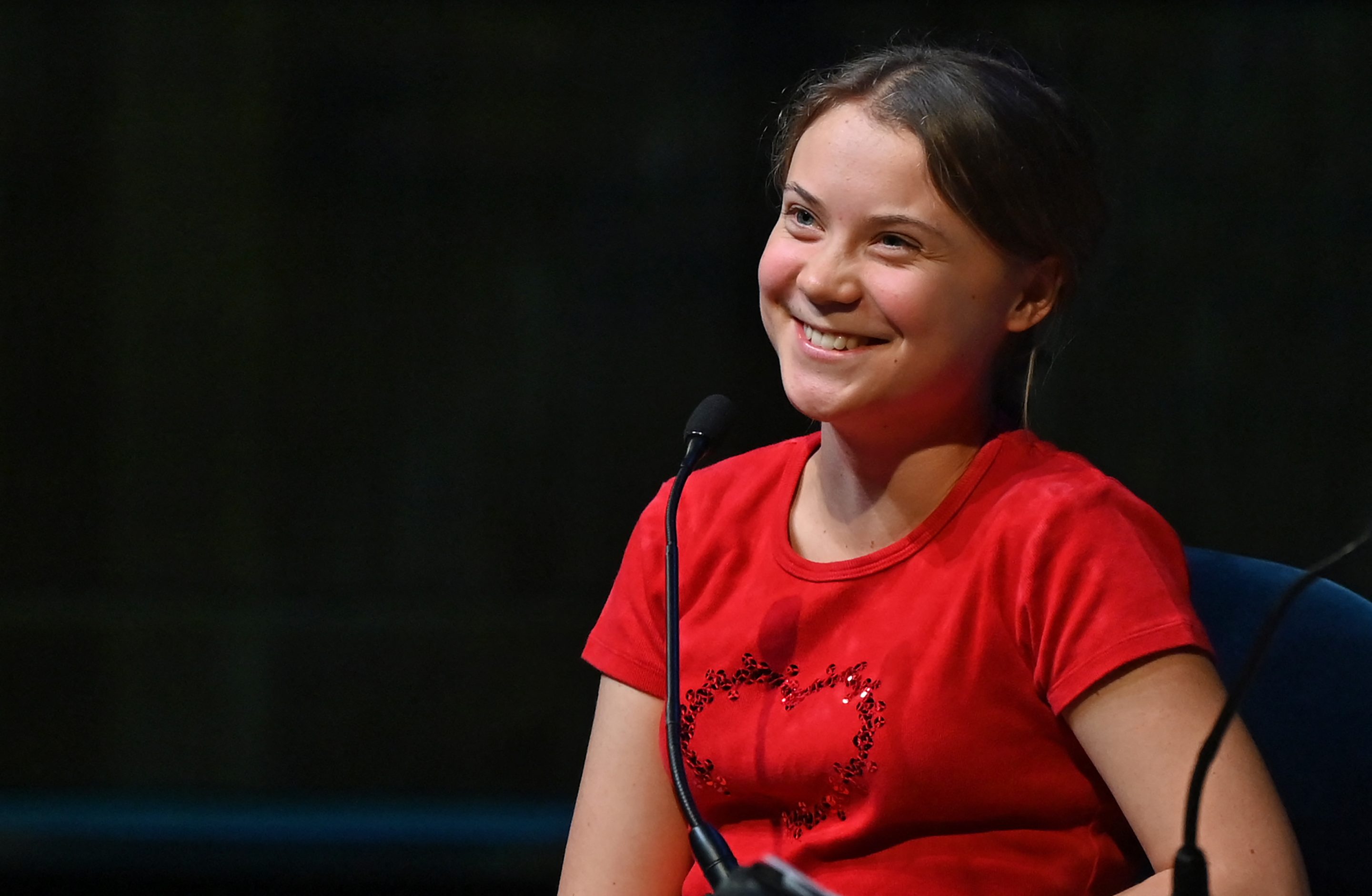 Greta Thunberg demonstrated once again this week she’s a force to be reckoned with. Known for taking on world leaders over climate change, the 19-year-old environmental activist capped off 2022 by insulting Andrew Tate with what is already one of the most popular tweets of all time.

Tate, a kickboxer-turned-influencer and self-styled “king of toxic masculinity,” taunted Thunberg on Tuesday, tweeting: “Hello @GretaThunberg. I have 33 cars. My Bugatti has a w16 8.0L quad turbo. My TWO Ferrari 812 competizione have 6.5L v12s. This is just the start. Please provide your email address so I can send a complete list of my car collection and their respective enormous emissions.”

Thunberg replied: “yes, please do enlighten me. email me at smalldickenergy@getalife.com.”

Her comeback, posted Wednesday, has over 278 million views, 678,000 retweets, and nearly 4 million likes. That makes it one of the most-liked tweets ever.

Twitter CEO Elon Musk on Friday expressed his admiration for Thunberg, writing: “The sheer amount of brand awareness achieved by Greta within a few years is astounding. I think she’s cool tbh.”

His tweet was directly in response to a piece from satire site Babylon Bee entitled “New Greta Thunberg Thermostat Scowls At You When You Turn The Heat Up,” but it came amid her feud with Tate.

Musk, a self-described “free-speech absolutist,” has reinstated a number of banned Twitter accounts since his $44 billion takeover of Twitter in late October. Among them are the accounts of Tate and the Babylon Bee.

Tate had been banned for misogyny, hate speech, and other violations on a number of social networks, among them Twitter, TikTok, Facebook, Instagram, and YouTube. In one video that led to him being ousted from the British version of Big Brother, he was seen hitting a woman with a belt. He claimed it had been a consensual act.

In a tweet following his reinstatement on Twitter, Tate said he was flying to California to tell Musk he was “a legend.”

On Thursday, Romanian police arrested Tate and his brother Tristan, along with others, near Bucharest on charges of human trafficking and rape, according to Reuters.

The arrest followed Tate responding to Thunberg’s well-liked quip with a video in which he had pizza boxes from a restaurant in the Bucharest area. Speculation followed that the boxes tipped off authorities to Tate’s location in Romania—the hashtag #PizzaTate trended—but doubters said that Tate had not been keeping his whereabouts a secret and authorities denied a correlation.

After Tate’s arrest, Thunberg took another dig at Tate, tweeting: “This is what happens when you don’t recycle your pizza boxes.”

How To Conserve Energy At Home?

The Pros and Cons of Business Receivable Financing