Home Business COVID is coursing through rural China and there’s little doctors can do... 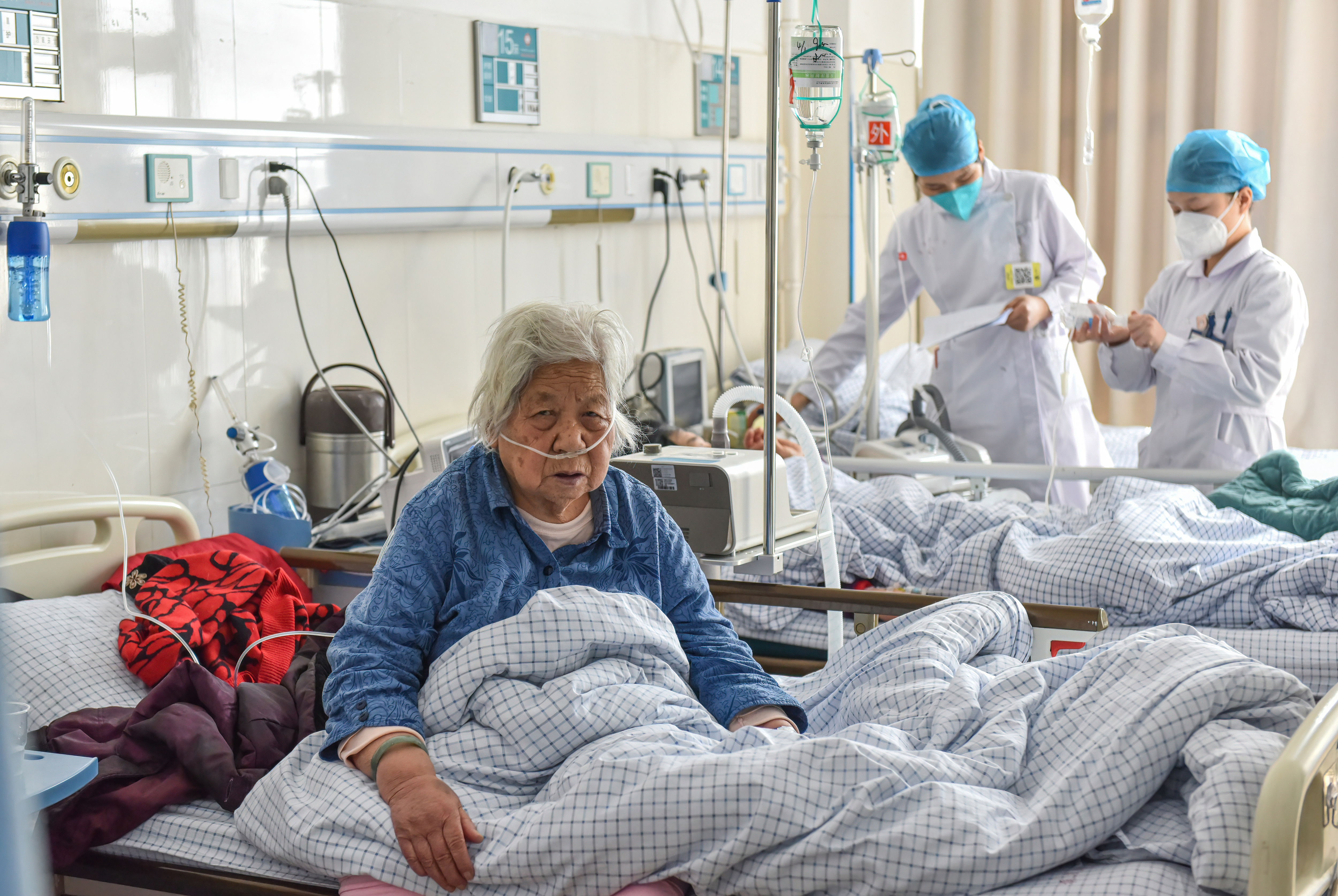 Villagers from Luyi County in China’s heartland normally would have started preparing for the Lunar New Year celebration weeks ago.

Residents in hundreds of villages that make up the county of 1 million people in Henan province would be extracting oil from home-grown peanuts, a key local crop, and butchering pigs, geese and chickens in anticipation of the annual holiday. Spring festival couplets, the red scrolls proclaiming good wishes for the coming year, would decorate their doors for the event starting Jan. 22.

This year, there’s only the ominous silence that’s accompanied waves of Covid around the world. Residents walking through one village’s wheat fields are all headed in the same direction: Wang Jian’s clinic, the sole place to get basic care. Everyone else is in bed battling the virus that’s spreading like wildfire, or staying home in hopes of avoiding it.

“I haven’t ever seen so many patients,” said Wang, whose family has operated the clinic in the village of about 1,000 residents for more than 50 years, which Bloomberg isn’t naming out of concern for his security. “In the past week, almost every family in the village has had someone come for treatment.”

He fears the situation will take a turn for the worse as younger members working in factory or office jobs return for the holiday, likely bringing more virus with them. Across the country, this homebound trek — known as the Great Migration — will see millions criss-cross China’s vast territory, deepening and complicating transmission chains.

Omicron has swept through China’s major cities including Beijing, Shanghai and Guangzhou, overwhelming hospitals and causing widely-reported, if officially unrecorded, fatalities. It’s now hammering smaller cities and rural areas where serious illness and death will likely be more widespread given the lack of robust medical resources and older age. Many provinces, including Zhejiang, Shandong and Hubei, expect the outbreak to peak later this month.

“There’s a lot of attention focused on how Beijing and Shanghai are struggling — as if they are seeing the worst — but that’s really drowning out what’s going on in lower-tier parts of the country,” said Chen Xi, an associate professor specializing in aging and public health at Yale University.

“The peak in infection and severe disease is yet to hit rural areas, and a big problem awaits down the road,” Chen said, referring to the impact of Lunar New Year travel to the heartlands.

Those regional hospitals and local clinics have had little experience with Covid and aren’t getting much support. Medical supplies and emergency treatment facilities are scarce. As of end of 2020, there were only 1.62 health care workers for every thousand people in rural China, compared to 2.9 doctors and 3.3 nurses nationally, stark evidence of the huge resource gap.

In Luyi, Wang is struggling to care even for patients with mild symptoms, just like other villages’ doctors. Amid a nationwide drug shortage, he couldn’t procure many common medications, including ibuprofen, antibiotics and antiviral pills. The local government didn’t help, said Wang, who offers Chinese medicines such as isatis root and forsythia to ease symptoms like sore throat and fever.

The situation is worse for those with severe symptoms. The only option for people with shortness of breath is to go to one of a handful of larger hospitals in the county with ventilators, and hope one is available. There’s no ambulance in the village, so family members have to figure out how to make the 40 minute drive to the nearest facility with someone critically ill.

“It’s sad to tell them to go to the county hospitals – they are already very full now – but that’s the only hope,” Wang said. “There are no facilities in the clinic that can save them.”

The National Health Commission instructed local governments last week to provide Covid antivirals, ventilators, oxygen and other supplies to medical facilities in a timely manner, but doctors like Wang say they haven’t received any yet.

The government has also urged migrant workers and students to delay trips home if they are infected, while asking larger hospitals to help rural clinics and facilitate the transfer of severely ill patients to higher-level medical institutions.

The same scenario is playing out across China.

In the far west, in Ximeng County of Yunnan Province close to Myanmar, Ding Min’s 81-year-old grandfather contracted Covid in late December. The family drove him 90 minutes to the city of Puer in search of an intensive care hospital bed, since there were no medicines or treatments in his village clinic, but couldn’t find an available one. He died three days later.

The family is still waiting for the funeral home to pick up his body. They haven’t been told how long it will take.

The pressure is building on regional facilities, which aren’t as well-resourced as those in major urban centers. Daily oxygen demand tripled at one big hospital in a tier-three city in Guangdong Province in recent weeks and is near full capacity, according to an executive who asked not to be named discussing the sensitive topic. The hospital doubled its intensive care beds in December but still expects it won’t be able to meet demand when the outbreak peaks later this month in nearby counties and villages.

The resource crunch extends to provincial-level governments. The northern province of Shanxi, a largely rural area with a population of about 35 million, is offering free fever-reducing medicine, officials announced on WeChat, but with each person limited to just six ibuprofen or paracetamol tablets at their local clinics.

Grassroots efforts are also picking up. The Campaign to Bring Down Fever in Villages, an online initiative to collect donated ibuprofen, mailed drugs to about 13,000 elderly residents in 110 villages as of Dec. 29 after family members signed them up via a Weibo post.

The full extent of the situation in rural China, where basic data collection and surveillance has always been more porous than in the cities, may never be known. The country abruptly shut down its once ubiquitous network of PCR testing booths in early December and stopped publishing daily Covid data later in the month.

The official death toll since the country abruptly shifted away from Covid Zero in early December remains less than 40, despite reports of overwhelmed crematoriums and nursing homes with multiple daily deaths.

In Wang’s village, no one is tracking the virus, as all efforts are going into trying to survive it. The doctor kept working through his own infection, as dozens of patients lined up from sunup to sundown to get care each day. So many needed intravenous fluids that Wang treated elderly patients at his house next door, as the only other option was outside where temperatures were plunging.

“Most villagers don’t even call it Covid,” he said. “That’s a new word. They just say it’s a bad cold.”

A sense of resignation permeates the village. Many families have no plans to bring their elderly or severely ill relatives to regional hospitals for emergency treatment, which they say would be expensive and futile. Instead, they’ll stay home for the last stage of their lives.

It’s unlikely their names will ever appear on any official list of Covid deaths.

Limewashing Will Be One of 2023’s Biggest Trends, According to JoJo...

Here’s how to minimize taxes on your investments

Pros and Cons of Geothermal Energy