Home Finance Who Benefits When Sales Taxes Are Cut?

The effect of sales taxes is hotly debated. These taxes on consumption raise revenue for local governments, but do they also stymie business and hurt consumers?

In America, sales taxes are collected by municipalities and states and generally added to a good’s sale price at checkout. In many other countries, like France, “value-added tax” (VAT) is included in the stated sale price and collected by the national government.

A new study by the National Bureau of Economic Research looks at who benefits when a sales tax is repealed. In this case, in 2009 France reduced the VAT collected in sit-down restaurants from 19.6 percent to 5.5 percent (which happens to be the VAT charged at take-out spots). Policymakers who cut taxes often argue that the money firms or individuals would have paid will now be spent in other parts of the economy. In the case of firms, this is supposed to stimulate higher wages or the hiring of more workers; for individuals, increased spending on consumer goods.

Check out our resources on taxes. For more on state tax policy, see this overview by the National Conference of State Legislatures.

This article first appeared on Journalist’s Resource and is republished here under a Creative Commons license. 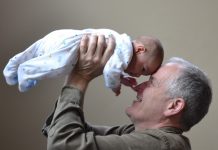 How Much Should You Save For Your Retirement?

Learn How To Start Investing In Stocks