The Mississippi Legislature committed $300 million of the $1.25 billion in federal coronavirus relief funds the state has received to small businesses that have been impacted by the pandemic.

The Legislature, working late Wednesday night, passed and sent to Gov. Tate Reeves a proposal to provide checks of $2,000 to all businesses forced to close because of the pandemic. The proposal will also provide grants of between $1,500 and $25,000 to businesses that are approved though an application process overseen by the Mississippi Development Authority.

The program, which defines a small business as having 50 or fewer employees, also sets aside $40 million to ensure minority-owned businesses have access to the grants offered under the program.

“We felt that if you were forced to shut down by the government, you were entitled to a check,” House Ways and Means Chair Trey Lamar, R-Senatobia, told members of the House before they approved the bill with one no vote in the 122-member chamber.

The 52-member Senate passed the proposal with no dissenting votes. Two senators did voice opposition to the bill by “pairing” their votes with senators who were not present, but would have voted yes. In reality, though, the paired votes do not count in the final vote tally.

Rep. Charles Busby, R-Pascagoula, one of the three House negotiators who hammered out the agreement with Senate leaders, said a little fewer than 30,000 businesses will be eligible for the direct checks. Businesses that were forced to close and those that might have closed voluntarily could apply for the grants.

“If we run out of money, we can put more in the program,” Busby said.

Last week the Legislature and governor were engaged in a contentious conflict over who had control of the federal funds. The Legislature prevailed in the battle over who would appropriate the $1.25 billion. But interestingly, under the bill approved Wednesday night, MDA, an agency controlled by the governor, will administer the program. And before the six House and Senate negotiators signed the agreement late Wednesday night, members of Reeves’ staff were able to read the legislation and offer input.

Both Reeves and legislative leaders agreed that a program to help small businesses during the ongoing economic slowdown should be the first priority in expending the federal funds. Reeves often have cited barbershops and hair salons as businesses forced to close that needed help.

Legislators have been working for days behind closed doors to craft the small business program.

Lt. Gov. Delbert Hosemann, who presides over the Senate, said work on crafting the small business program began before the battle with the governor over who controlled the money was resolved.

The Legislature returned to the Capitol on Tuesday to finalize the program. Normally when legislators are dealing with appropriating large sums of money, the halls of the Capitol are filled with lobbyists and other interested parties.

But for the most part, the halls of the Capitol were empty with only a few onlookers in the building. For the most part, legislators, practicing social distancing, listened to action on the floor from offices instead of being in the chamber.

The bill still contains a variation of the language Reeves had objected to and threatened to veto last week. That language puts the money in a fund controlled by the Legislature.

This article first appeared on Mississippi Today and is republished here under a Creative Commons license. 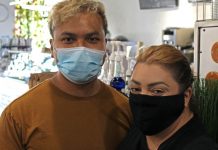 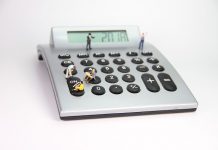 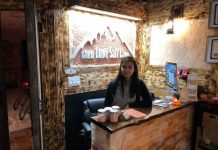 Getting Started on Investing

5 Steps on How to Start a Business and Get It...

How To Invest For Dummies – The Best Way To Make...